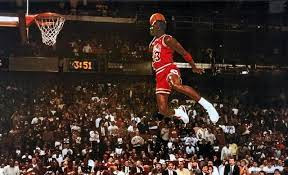 A documentary recommendation this time – check the same out on Netflix. This is a documentary on the life of Michael Jordan focussing on his playing years. The documentary beautifully captures his absolute dominance of the game and goes back and forth in time, taking the viewers through the trials and tribulations of athletes that are at the highest levels of their games.
Although I am not a basketball fan, this is an extraordinary piece that I would put on the must watch list. Michael was a talented athlete and was destined for greatness, however the level that he reached and then made his home, is without parallel. There were basketball demi gods before Michael appeared on the scene – Magic Johnson was already playing at that time. Not only he shattered all records but kept on pushing the boundaries, each season. For the nerds, scroll to the end for his career stats.
Basketball being a team game, elements of power play and team dynamics get introduced in the narrative. Michael knew he was good and kept pushing his team members and the coaches. Initially he was hated in the team for the pressure he put on everyone to rise up to his standards and the practice sessions that were as intense as real games. However his team members started loving him as they began to realise what Michael was doing by being the bad boy – pushing them to greatness and pushing himself every day too. As he says at one point in the documentary – I never expected any team member to do something that I was not doing myself. Some episodes are focussed on his team mates and keep coming back to Michael’s relationship with them and the respect they developed for one another.
For me, the pivotal moment in their march to greatness is Michael’s realisation that he needs to trust his team members more than what he did. As a star player, he was always marked and through his sheer genius, he would continue scoring. However as they started getting into eliminations and the competition kept getting tougher, scoring kept getting difficult. Since Michael was guarded by more than one opposition player, his team members were free. The journey of how the coach hand holds Michael through this journey and the satisfaction when he starts trusting his team members to take the important shots, is wonderful to watch.
The human side of Michael is on display too. The injuries and setbacks that are a part of an athlete’s life. His special relationship with his dad and the loss he feels when he passes away, his nature of betting too much and the trouble of taking a stand as a very successful African American athlete on issues related to the community, all get highlighted.
The best part was the sheer hunger of Michael. Gets highlighted in each episode. He is the absolute alpha. How he goes after his opponents. How he bounces back from bad games. How he goes after players that are being touted as the “next Michael” How he pushes his team members every day. How he transforms his entire team physically as they keep getting beaten by a very tough team that plays rough (Detroit Pistons). He wants his team to be the baddest, and he does, to beat their opponents at their own game. There is the additional element of intrigue with their team management’s decisions and politics in the hiring and firing of coaches. The season beautifully navigates through the playing years of Michael and how in each season they face different teams with different strategies but come out on top. Totally worth 10 hours of your time, I would say.
I did not want this to be a spoiler and have tried to put my key takeaways here, but this is not all. I would encourage all of you to see this documentary, like a beautiful book, we will come out with our own takeaways. Why is it called the last dance? What happens when Magic Johnson and Michael Jordan face off? How does his relationship evolve with other members of his team, players in the other teams and his support staff? Why did he retire from basketball to go to play baseball and come back again to basketball? A career spanning decades is covered in 10 hours and it is an absolute fascinating watch. Enjoy.
Stats –
Michael played 15 seasons in the NBA winning 6 championships. Jordan's individual accolades and accomplishments include six NBA Finals Most Valuable Player (MVP) Awards, ten scoring titles (both all-time records), five MVP Awards, ten All-NBA First Team designations, nine All-Defensive First Team honors (joint record), fourteen NBA All-Star Game selections, three All-Star Game MVP Awards, three steals titles, and the 1988 NBA Defensive Player of the Year Award. He holds the NBA records for career regular season scoring average (30.12 points per game) and career playoff scoring average (33.45 points per game).
Posted by Kuldeep Sikarwar at 9:31 PM 1 comment:

Swimming boost to the brain 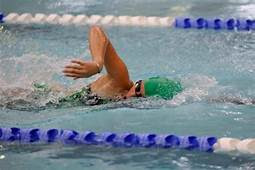 What a day as India won the Olympic gold, in keeping with the spirit of sports, an insightful article this time on the cerebral benefits of swimming. One more good reason to swim regularly if you don’t already

link of the article is at the end for reference.

It’s no secret that aerobic exercise can help stave off some of the ravages of aging. But a growing body of research suggests that swimming might provide a unique boost to brain health. Regular swimming has been shown to improve memory, cognitive function, immune response and mood. Swimming may also help repair damage from stress and forge new neural connections in the brain.

But scientists are still trying to unravel how and why swimming, in particular, produces these brain-enhancing effects.

Until the 1960s, scientists believed that the number of neurons and synaptic connections in the human brain were finite and that, once damaged, these brain cells could not be replaced. But that idea was debunked as researchers began to see ample evidence for the birth of neurons, or neurogenesis, in adult brains of humans and other animals.

Now, there is clear evidence that aerobic exercise can contribute to neurogenesis and play a key role in helping to reverse or repair damage to neurons and their connections in both mammals and fish.

Research shows that one of the key ways these changes occur in response to exercise is through increased levels of a protein called brain-derived neurotrophic factor. The neural plasticity, or ability of the brain to change, that this protein stimulates has been shown to boost cognitive function, including learning and memory.

Aerobic exercise also promotes the release of specific chemical messengers called neurotransmitters. One of these is serotonin, which – when present at increased levels – is known to reduce depression and anxiety and improve mood.

In studies in fish, scientists have observed changes in genes responsible for increasing brain-derived neurotrophic factor levels as well as enhanced development of the dendritic spines – protrusions on the dendrites, or elongated portions of nerve cells – after eight weeks of exercise compared with controls. This complements studies in mammals where brain-derived neurotrophic factor is known to increase neuronal spine density. These changes have been shown to contribute to improved memory, mood and enhanced cognition in mammals. The greater spine density helps neurons build new connections and send more signals to other nerve cells. With the repetition of signals, connections can become stronger.

But what’s special about swimming?

Researchers don’t yet know what swimming’s secret sauce might be. But they’re getting closer to understanding it.

Swimming has long been recognized for its cardiovascular benefits. Because swimming involves all of the major muscle groups, the heart has to work hard, which increases blood flow throughout the body. This leads to the creation of new blood vessels, a process called angiogenesis. The greater blood flow can also lead to a large release of endorphins – hormones that act as a natural pain reducer throughout the body. This surge brings about the sense of euphoria that often follows exercise.

Most of the research to understand how swimming affects the brain has been done in rats. Rats are a good lab model because of their genetic and anatomic similarity to humans.

Rats serve as a useful laboratory model for understanding the effects of swimming on memory formation and brain health. In one study in rats, swimming was shown to stimulate brain pathways that suppress inflammation in the hippocampus and inhibit apoptosis, or cell death. The study also showed that swimming can help support neuron survival and reduce the cognitive impacts of aging. Although researchers do not yet have a way to visualize apoptosis and neuronal survival in people, they do observe similar cognitive outcomes.

One of the more enticing questions is how, specifically, swimming enhances short- and long-term memory. To pinpoint how long the beneficial effects may last, researchers trained rats to swim for 60 minutes daily for five days per week. The team then tested the rats’ memory by having them swim through a radial arm water maze containing six arms, including one with a hidden platform.

Rats got six attempts to swim freely and find the hidden platform. After just seven days of swim training, researchers saw improvements in both short- and long-term memories, based on a reduction in the errors rats made each day. The researchers suggested that this boost in cognitive function could provide a basis for using swimming as a way to repair learning and memory damage caused by neuropsychiatric diseases in humans.

Although the leap from studies in rats to humans is substantial, research in people is producing similar results that suggest a clear cognitive benefit from swimming across all ages. For instance, in one study looking at the impact of swimming on mental acuity in the elderly, researchers concluded that swimmers had improved mental speed and attention compared with non swimmers. However, this study is limited in its research design, since participants were not randomized and thus those who were swimmers prior to the study may have had an unfair edge.

Another study compared cognition between land-based athletes and swimmers in the young adult age range. While water immersion itself did not make a difference, the researchers found that 20 minutes of moderate-intensity breaststroke swimming improved cognitive function in both groups.

Kids get a boost from swimming too

The brain-enhancing benefits from swimming appear to also boost learning in children.

Another research group recently looked at the link between physical activity and how children learn new vocabulary words. Researchers taught children age 6-12 the names of unfamiliar objects. Then they tested their accuracy at recognizing those words after doing three activities: coloring (resting activity), swimming (aerobic activity) and a CrossFit-like exercise (anaerobic activity) for three minutes.

They found that children’s accuracy was much higher for words learned following swimming compared with coloring and CrossFit, which resulted in the same level of recall. This shows a clear cognitive benefit from swimming versus anaerobic exercise, though the study does not compare swimming with other aerobic exercises. These findings imply that swimming for even short periods of time is highly beneficial to young, developing brains.

The details of the time or laps required, the style of swim and what cognitive adaptations and pathways are activated by swimming are still being worked out. But neuroscientists are getting much closer to putting all the clues together.

For centuries, people have been in search of a fountain of youth. Swimming just might be the closest we can get.